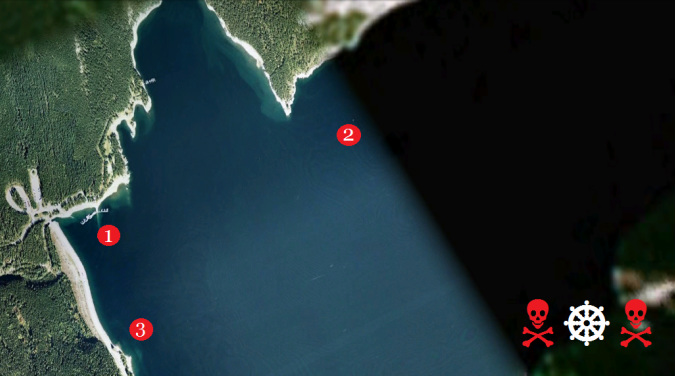 The History:
Lake Minnewanka has a rich history. There are recorded archaeological sites showing pre- contact occupations that cover an entire 10,000 year period. Artifacts have been found from the  early, middle and late pre-contact periods. The Minnewanka site is one of a series of such early sites in the lower Bow Valley. There are also historical sites like the old Cascade Power Plant and the submerged features of the Lake Minnewanka townsite - Minnewanka Landing.

The resort village of Minnewanka Landing was established in 1888, when the first hotel - the Beach House - was constructed. Development continued at the site as wharves were built, cottage lots were made available for lease, hotels and restaurants were constructed, and lake tours aboard cruise boats were offered.

The changes to the lake and the area surrounding it began in 1895. A dam was constructed on Devils Creek to improve the lake's shoreline. A second dam was built by the Calgary Power Co. in 1912 in Devils Canyon for water storage.

This dam raised the lake 3.5 m (12'), creating a new shoreline for the townsite and flooding Devils Creek. The government built a bridge over Devils Creek to maintain the original road from Banff to Minnewanka.

In 1923, the government built the Cascade Power Plant and three employee residences in Devils Canyon. This power house supplied Banff with electricity. It was abandoned when the third and present dam was built by the Calgary Power Co. in 1941 under the War Measures Act. This dam raised the lake 30 m (100'), flooding the townsite, the 1912 dam and the bridge at Devils Creek.

The historical activities surrounding Lake Minnewanka reflect the development, growth and changing attitudes towards national parks. This townsite is the best preserved, rare example of a submerged historic village in Canada. It contains unique specimens of early 19th century technology that are in the same location as they were when they were submerged.