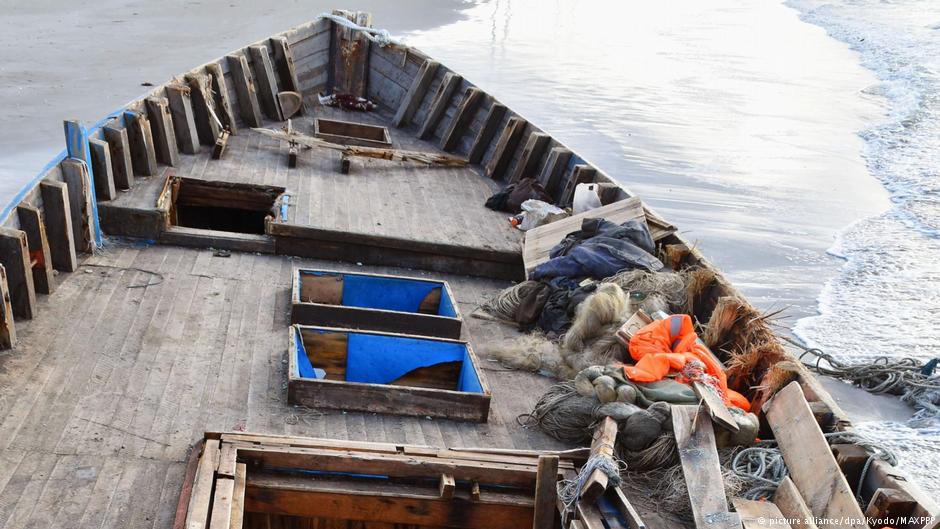 Another boat containing dead bodies has been found floating off the coast of Northern Japan. It is the fourth vessel discovered this month and officials suspect they all originated in North Korea. Julian Ryall reports.

A battered wooden vessel was found bobbing parallel to the waves rolling onto a quiet stretch of coastline in Japan's northern Akita Prefecture in the early hours on Sunday. Local police soon made a gruesome discovery, recovering the remains of eight people from the boat.

he bodies had begun to decompose, the police said in a statement, and several were partly skeletonized, hinting at the amount of time that their boat had been adrift in the Sea of Japan.

About 20 meters long but missing a superstructure, a rudder and masts, the boat held some clues as to the identities of the occupants. An eight-figure number in fading red paint was faintly discernible on the bow and the hulk contained life jackets with Korean characters. The police also found boxes of North Korean cigarettes.

And while the authorities have declined to make a firm declaration on where the boat began its journey, it appears to be just the latest incident of a North Korean "ghost ship" washing up on a Japanese beach.