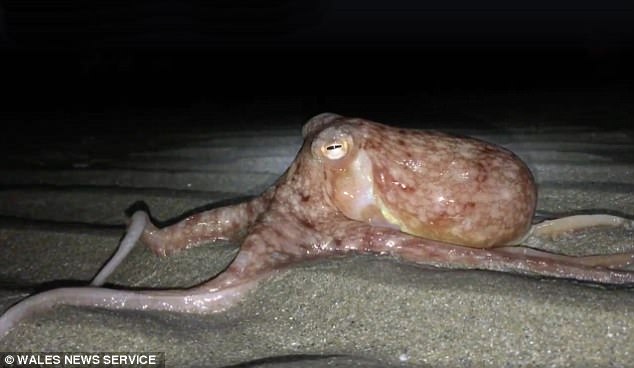 By Phoebe Weston For Mailonline
More than 20 octopuses have been witnessed walking out of the sea on the Welsh coast.

The bizarre moment was caught on camera by staff at a local dolphin watching company who were left completely baffled.
Footage clearly shows the eight-legged creatures crawling across the sand in New Quay, Ceredigion.
Experts suspect it could be related to a change in atmospheric pressure caused by the recent storms, Ophelia and Brian.

But scientists say there is no clear evidence to explain why the octopuses would strand themselves on a beach.