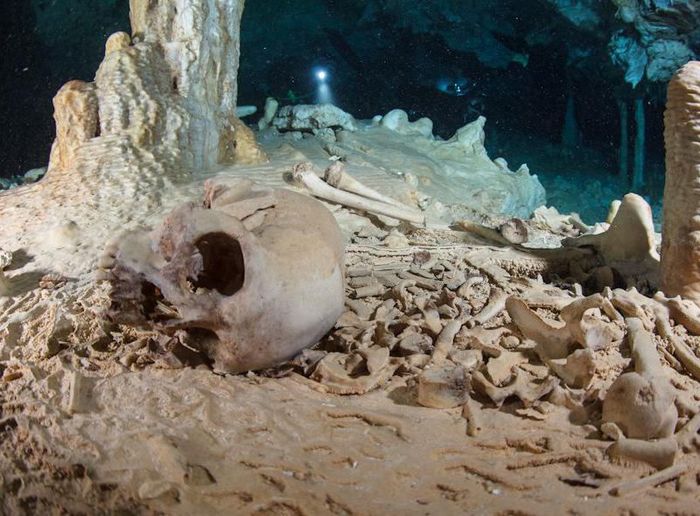 By Ben Panko
A stolen skeleton, which was first discovered in an underwater Mexican cave in the 2010, may be one of the oldest-known human remains in the Americas, Ewen Callaway reports for Nature.

In a study published yesterday in the journal PLOS One, the archaeologists found that the skeleton, dubbed "Young Man of Chan Hol II," which was looted from an underwater cave on the Yucatán Peninsula in 2012, dates back more than 13,000 years, making it one of the oldest-known human remains on the continent.  It joins the company of a more than 12,000-year-old skeleton found in a different Yucatán cave, as well as another skeleton found nearby, which dates back approximately 13,500 years, writes Callaway.

The underwater caves of the Yucatán Peninsula preserve some of the earliest years of human settlement in North America. “During the Late Pleistocene, these caves were dry. The first people to occupy what is now the Caribbean coast of Mexico wandered into these caves, where some ultimately met their demise," Waitt Institute archaeologist Dominique Rissolo told National Geographic's Fabio Esteban Amador in 2011. “As the last glacial maximum came to end, the melting of the polar ice caps and continental ice sheets raised sea levels worldwide. The caves of the Yucatan Peninsula filled with water and the First Americans were hidden for millennia — only to be discovered by underwater cave explorers."