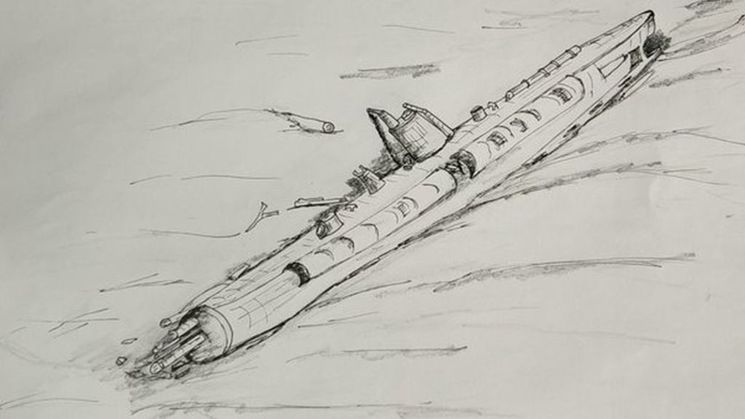 George Dvorsky
Marine archaeologists have discovered a German submarine off the coast of Belgium in the North Sea. The U-boat dates back to the First World War, and its near-pristine condition suggests the remains of all 23 sailors are still inside.

The Associated Press reports that the German Type UB II submarine was discovered by Tomas Termote, a diver and marine archaeologist. The 88-foot-long sub is currently lying at a 45 degree angle around 90 feet below the surface. The exact location of the sub is being kept a secret to prevent looting, but unconfirmed reports suggest it’s near the port of Ostende.

UB II-type subs had a standard crew of 22 sailors and one commander, and given the excellent condition of the sunken vessel, there’s no reason to believe these 23 bodies aren’t still inside. “[We] reckon all the bodies are still on board,” said West Flanders Governor Carl Decaluwé to reporters yesterday. It’s not known if water has leaked into the crew compartment (very likely), or how badly the bodies have decomposed.
Termote’s investigation of the sub revealed impact damage at the front, suggesting the vessel ran into a mine with its upper deck. Two torpedo tubes were destroyed, but a lower tube remained intact. The bow sustained most damage, but the hatches are still in the closed position, the conning tower is intact, and the periscopes are visible. Video taken of the sub shows it covered in barnacles, seaweed, and fishing gear. 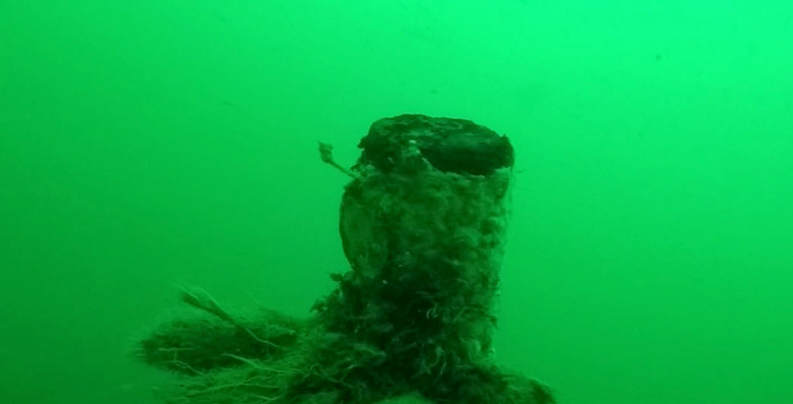